According to the Baltic shipyard media service, a schedule for testing backup diesel performance of the icebreaker was fully completed during the trial. The vessel reached a speed of 6 knots, its radio connection, navigation equipment, living and engineering systems were also checked.

The second stage of the Arktika running trial is planned for late February 2020. At this stage, the ship reactor will be used to achieve a speed of 20 knots.

Building the headmost icebreaker project 22220, designed by the Iceberg bureau, was no trouble-free, but it is quite natural for a first ship in the series of such big-scale vessels. However by the end of December, the icebreaker was reported 93% ready. With mooring trials of the ship done, the Arktika navigated to the Gulf of Finland waters 95% ready.

Specialists of Kronstadt marine department have carried out several supplies of necessary equipment for all ships of the project. Selection of the equipment to supply was made in close cooperation with the designers from Iceberg. Among the equipment supplied, there are solid waste management devices, pumping units, pneumatic berthing fenders, etc. 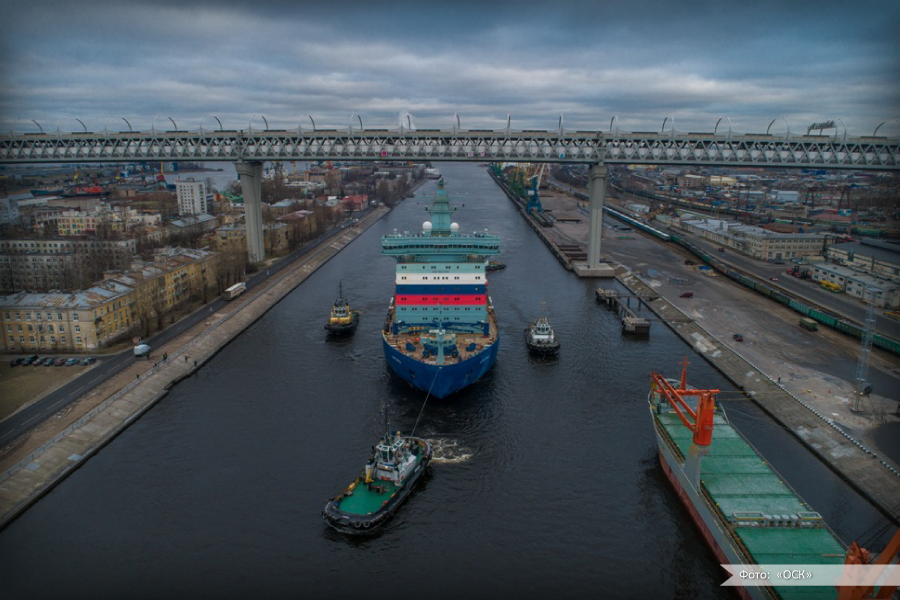 But undoubtedly, the most notable (in every sense) pieces of the equipment we supplied were the marine cranes by our long-term Italian partner, MELCAL. According to the project specification, each icebreaker will be fitted with two TL series cranes (telescopic boom).

This series cranes are used for general cargo operations onboard marine ships and platforms. Their maximum lifting capacity is 10 tons, while the boom outreach is impressive 34 meters.

All the cranes were modified to operate in ice conditions. MELCAL engineers have developed several innovative solutions for Arctic vessels. One of them is the Melcal Arctic Recirculation System, an intellectual system of flushing working parts with oil of automatically adjusted temperature, which enables fault-free operation of the cranes under the ambient temperatures down to -50 °C.

Such innovation will definitely suit the ship, which is going to become the most powerful icebreaker in the world. In May 2020, the ship is expected to be commissioned to the customer. In the meantime, we're looking forward to its voyage to Murmansk for the second stage of the running trials.

Kronstadt team wishes the Baltic shipyard and Russian Atomflot great success and soonest completion of work on the first vessel in the series of ultimate-powered icebreakers!