The pilot motorboat under the 17MJ project has been fitted with new equipment and submitted to the customer. Specialists of the Laky Verf shipbuilding company have substantially extended its functionality, particularly making it suitable for oil spill cleanup operations.

Тhe 17MJ motorboat was initially designed to be a multifunctional vessel of high speed and maneuverability. It can be used as a cruise boat, command or patrol craft, inspection or environmental vessel in coastal waters, mouths of large rivers, or in shallows. Those functions had determined the design choice in favor of water jets by HamiltonJet. 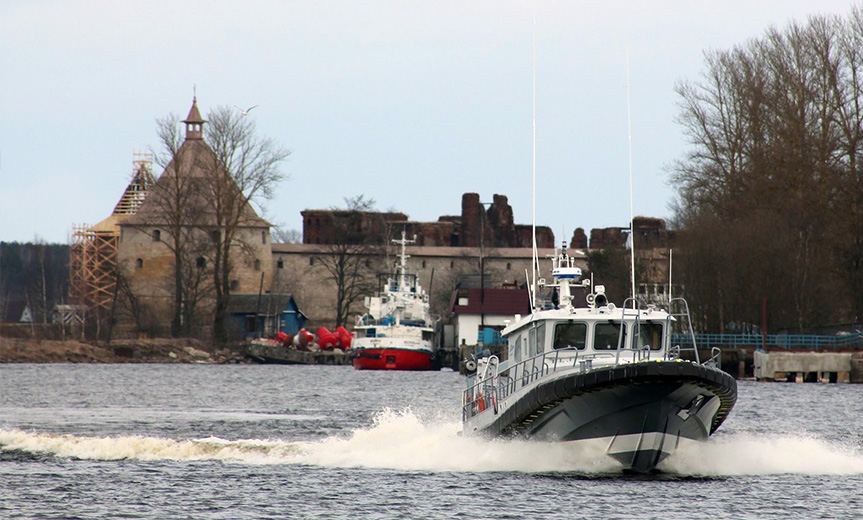 Considering the customer's requirements, specialists of Kronstadt Engineering Company carried out selection and supply of the necessary equipment. The selected model was HJ403 featuring small size and improved reverse system as well as the highest power capacity of its range - 900 kW (1'200 h.p.). HJ403 allowed the vessel to reach maximum speed of 40 knots.

When it came to maneuvering capabilities of the boat, the project requirements clearly pointed at the use of a water jet electronic control system. The specialists voted for HamiltonJet Blue ARROW®, a control system that can perform a wide range of maneuvers while operated even by an unexperienced navigator. Doing so with any other water jet type would require much more training and skill in ship driving.

Currently, the pilot motorboat under the project has been already sent to its duty in the Far East. There, it will be used as a rescue ship and as an oil spill response ship. To operate the boat in this way, the shipbuilder did some upgrade. More specifically, it increased the aft deck area to allow for further installation of boom reels used for containment of oil spills in pools, fish weirs, rivers, and port waters.
This is not the first project in the collaboration of Kronstadt and Laky Verf. Earlier, our specialists carried out a supply of
water jets for the 15MJ series motorboats.

The design and construction of the vessels were conducted under supervision of the Russian Maritime Registry of Shipping.