Trying to beat modern challenges, Kronstadt is now an initiator and organizer of cooperation between world's major manufacturers and Russian shipbuilders.

One step in this direction was signing of trilateral agreement with SHIPBUILDING CORPORATION AK BARS JSC and Melcal Srl. The goal of this agreement was to localize the production of MELCAL's cargo-lifting solutions in Russia. 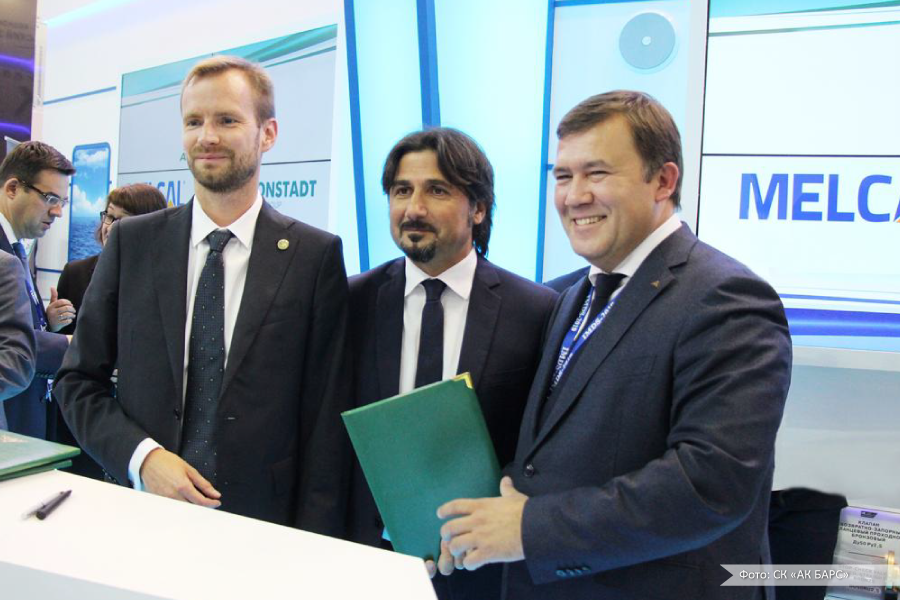 This contract will no doubt become a starting point to long-term and beneficial cooperation of the companies, all for the good of the Russian shipbuilding.

Kronstadt company working on the Russian market since 1998 carries out all stages of marine equipment supplies, including design, selection, quality control, paperwork, and service.

MELCAL is a quickly developing company with the head office and production in Italy that designes and manufactures shipboard hydraulic cranes of all types.

AkBars Shipbuilding is a part if AkBars Holding that was organized in Tatarstan and now unites different factories and companies employing more than ten thousand people.

Kronstadt company at the Neva 2019 exhibition 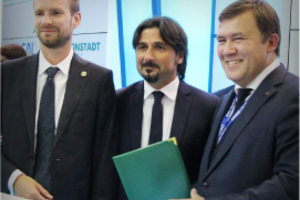